I like watching TV and enjoy playing video games like most Americans, and probably more than I should. The reality is that we now have access to almost unlimited television shows and movies and don’t even have to pay for cable or satellite television services. Everything you could ever watch is now being streamed directly into your living room without the need to wait for a certain day of week or a certain provider’s programming schedule. TV on demand! Where was this in the eighties?

I started playing the Assassin’s Creed games from the beginning with AC1. Those of you familiar with this game remember the somewhat clunky combat system which has been consistently improved since the first game. Those of you that are unfamiliar with it should check it out if only to see how it all started. 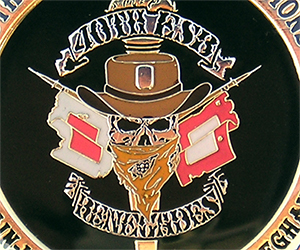 Finally we have arrived to the point in this post where TV and video games collide. Some of you may already be familiar with a show called Ancient Black Ops. I don’t know what channel it originally aired on or really anything else about the show. All I know is I found it on Netflix. It looked interesting so I started watching it. Episode 1 of season 1 is very interesting and sounds an awful lot like the story of the original Assassin’s Creed game.

Finally, for the Assassin’s Creed fans that like to read there seems to be a large volume of books about assassins. Maybe these real life stories will be blended into future games.

In the meantime remember, be good to yourselves and each other.